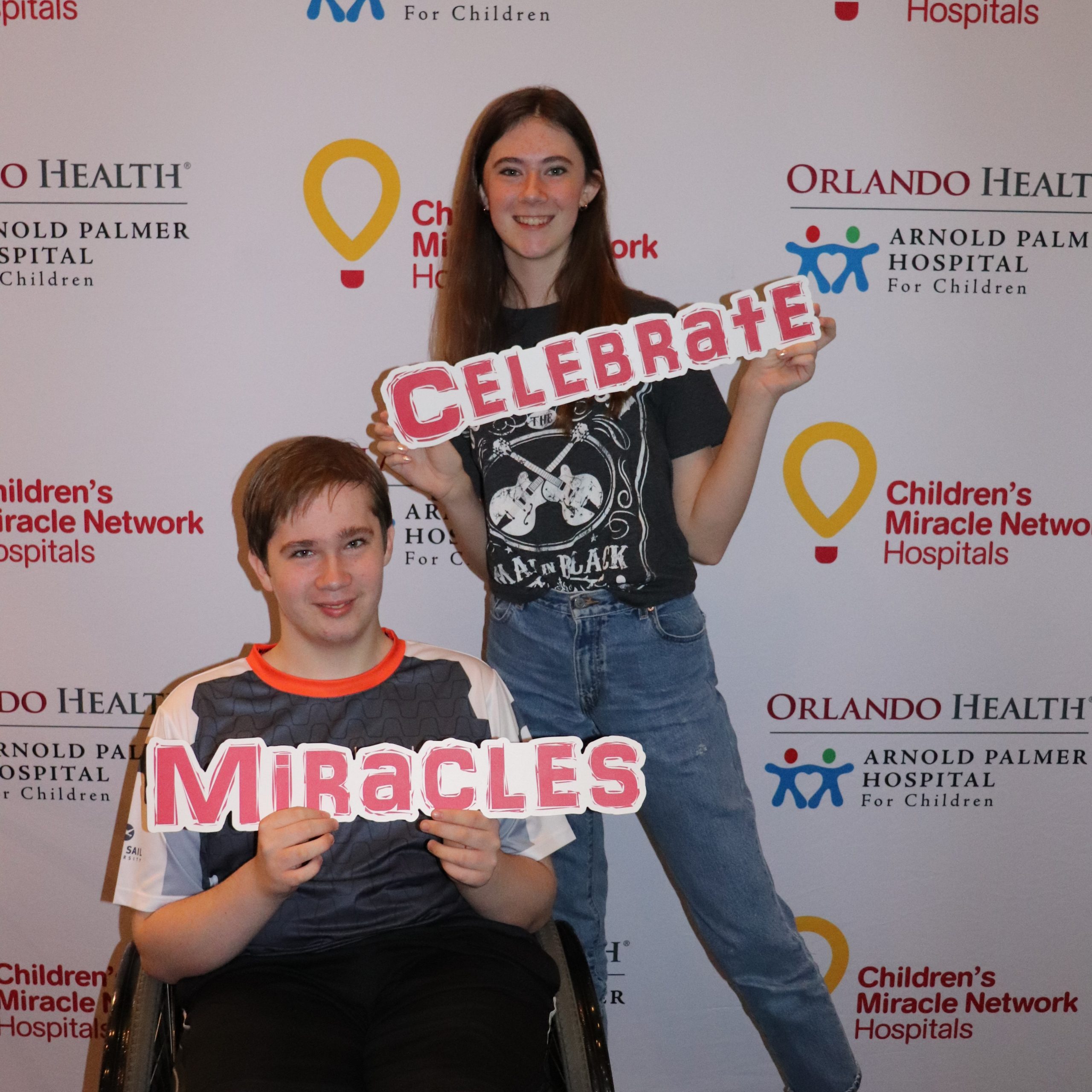 Nine weeks before the due date for her twins, Andrew and Katelyn, Momma Lumm was admitted to Orlando Health Arnold Palmer Hospital for Children after her water broke unexpectedly. Fortunately, the skilled medical team were able to delay their birth, giving the twins an extra four weeks to develop in the womb.

Five weeks before their due date, Andrew and his twin sister Katelyn were born. After a short stay in the NICU, Katelyn was able to go home in good health. Andrew was diagnosed with spina bifida, hydrocephalus, and club feet. He had surgery on his spinal cord before he was even one day old. He weighed four pounds. Ten days later, he had a shunt implanted to drain the fluid that was putting pressure on his brain.

Over the years, Andrew has known the joy of being able to walk independently from ages 3 to 11, and has faced the reality of losing that ability due to the challenges of spina bifida. Andrew has persevered through nineteen surgeries and is getting stronger every day. At age 17, the twins are proud that after these surgeries, therapies, and hard work, Andrew is now able to walk short distances with forearm crutches.

Andrew says that having a twin sister to cheer him on is truly the best medicine for his recoveries. Katelyn is proud to have such a brave brother.

Thanks to funds raised through Children’s Miracle Network partners, the Child Life Specialists at Orlando Health Arnold Palmer are able to provide education and distraction tools to ease the anxiety that surgeries can give children. Andrew lights up when the Child Life team members visit him and can really sense the care and compassion they have for him.