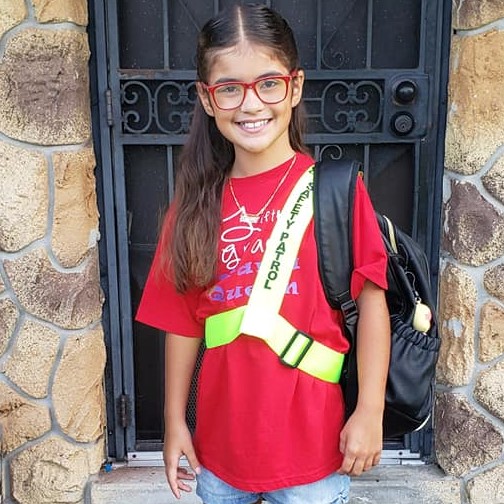 One week before Shantelle expected to deliver her baby girl, doctors noticed a slow heartbeat during a routine visit. She was sent to Orlando Health Winnie Palmer Hospital for Women & Babies for an in-depth sonogram and soon after delivered her daughter, Aryelle, by cesarean section.

The bottom two ventricles of Aryelle’s heart were switched, and doctors diagnosed her with Hypoplastic Right Ventricle, which would require multiple open heart surgeries to correct. Her first open heart surgery at five days old led to complications that kept her on a ventilator for three more weeks, and in the hospital for nearly two months.

Thankfully, her second open heart surgery at six months old was successful and she was able to leave the hospital after just five days. She has had one additional open heart surgery since then, and her cardiologist and pulmonologist at Orlando Health Arnold Palmer Hospital for Children regularly monitor her progress.

More than $1.5 million raised by Children’s Miracle Network Hospitals partners have been utilized by The Heart Center at Orlando Arnold Palmer to fund surgical, diagnostic and catheterization lab equipment to help more kids like Aryelle. Today, Aryelle is very active in her Girl Scouts troop and loves being a part of Drama Club at her school!