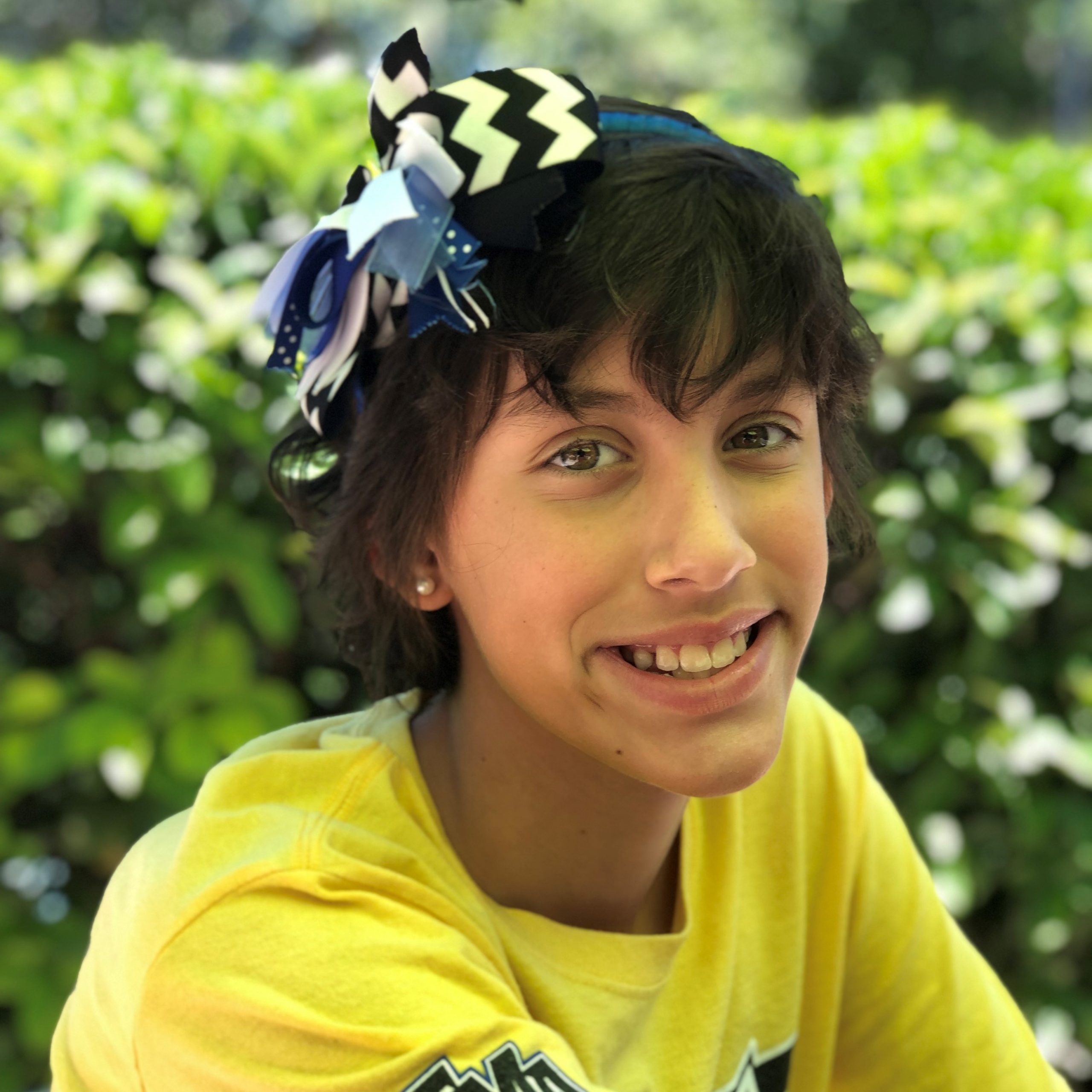 Hannah was in preschool when an unusual spot on her stomach landed her in her pediatrician’s office. She was immediately referred to Orlando Health Arnold Palmer Hospital for Children and at only 21 months old, she was diagnosed with Stage 5 Wilms Tumor, a type of cancer affecting her kidneys. Hannah underwent surgery to remove one of her kidneys and one-third of the remaining kidney. Following the surgery and many weeks of chemotherapy, Hannah was declared cancer free when she was two years old!

By the time Hannah was nine years old, she had finally gone a full year without having to have a cancer scan. Being an active young lady, Hannah found her passion in many school activities including soccer, volleyball, choir and the bible team. Hannah and her mom felt life was finally normal and that Hannah she finally living every day, just like the other children around her.
Upon going in for a routine check-up in 2016, scans revealed Hannah’s cancer was back. Hannah immediately underwent surgery, which left her with a half of one kidney to function as two. Hannah endured a six-month regime of chemo, countless checkups at the hospital and came through cancer free once again!

Sadly, in 2017, just shy of her 12th birthday, Hannah began having symptoms and upon evaluation the family was told that Hannah relapsed again; however, this time, it not only affected her remaining half-kidney, it spread to her lung. Five surgeries, seven months of chemo and over 35 rounds of radiation, Hannah and her mom could report the news that Hannah was again, cancer free!

Today, Hannah is a 13-year-old three-time survivor of bilateral metastatic Wilms’ tumor. In spite of all of the challenges Hannah has faced along her journey fighting and concurring cancer three times, Hannah continues to live her life full of family, friends, laughter, grace and faith.