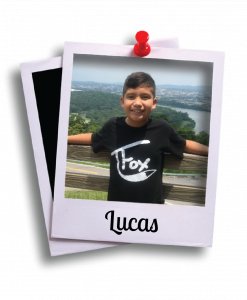 At just 20 weeks pregnant, Jennifer, Lucas’s mother, received the news that no parents wants to hear. Her son, Lucas, was detected having a congenital heart defect (CHD) via ultrasound and as soon as he was born he would have to be rushed into surgery.

Lucas ended up being transferred from Orlando Health Winnie Palmer Hospital for Women and Babies to Orlando Health Arnold Palmer Hospital for Children at just 3 days old to have his first of three open heart surgeries. He was officially diagnosed having Hypoplastic Left Heart Syndrome, which translates to being born with half a heart. Lucas endured two more open heart surgeries, one at four months old, and the final surgery at two and a half years old.

Lucas has had additional procedures done since this time, and has been a patient at Orlando Health Arnold Palmer for over a decade now. Dr. DeCampli was the surgeon who saved Lucas’s life, not once but all three times. Today, Lucas and his family are advocates for CHD, going to various events and rallies stretching as far as Washington, D.C. to raise awareness about the severity of CHD.