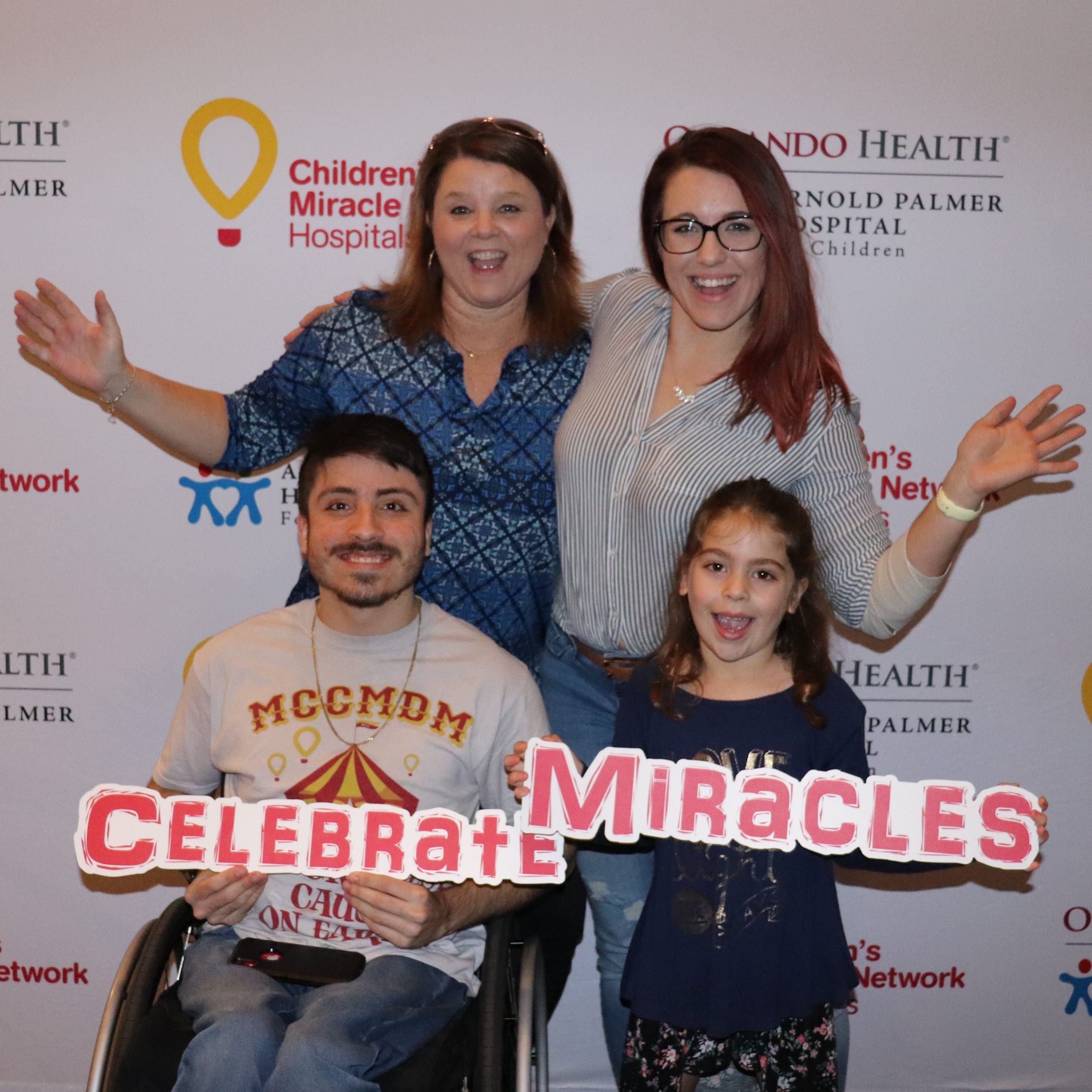 Upon going in for their 20 week ultrasound, Sam’s parents learned that he would be born with spina bifida and hydrocephalus – a buildup of fluid inside the skull that leads to brain swelling. Sadly, the doctors believed that Sam would have brain damage and be wheelchair-bound with no quality of life and recommended that Sam’s parents terminate the pregnancy.

Despite these recommendations, Sam’s parents knew that he would be a fighter if they brought him into this world. Sam was born at Orlando Health Arnold Palmer Hospital for Children and received two life-saving surgeries within the first 24 hours of his life; one to close his back which was open at birth, and one to place a shunt in his brain to remove the excess fluid.

Sam, whose smile lights up every room that he enters, is now a full time “wheeler” as his family calls it. Although he has undergone more than 30 surgeries, he loves the special attention he gets from his medical team. He even prepares his post-surgery wish list that his team uses to make his time there better after each surgery-including chocolate milkshakes.

Today Sam is dual enrolled in college. He is learning to drive and he enjoys working out and listening to his favorite band, Twenty One Pilots. Sam is also training for a marathon with his hand cycle! He is extremely bright, active and can often be found popping wheelies or swimming in the pool! He also works in the restaurant industry! He is now 21 years old and has benefited greatly from his treatment at Orlando Health Arnold Palmer!